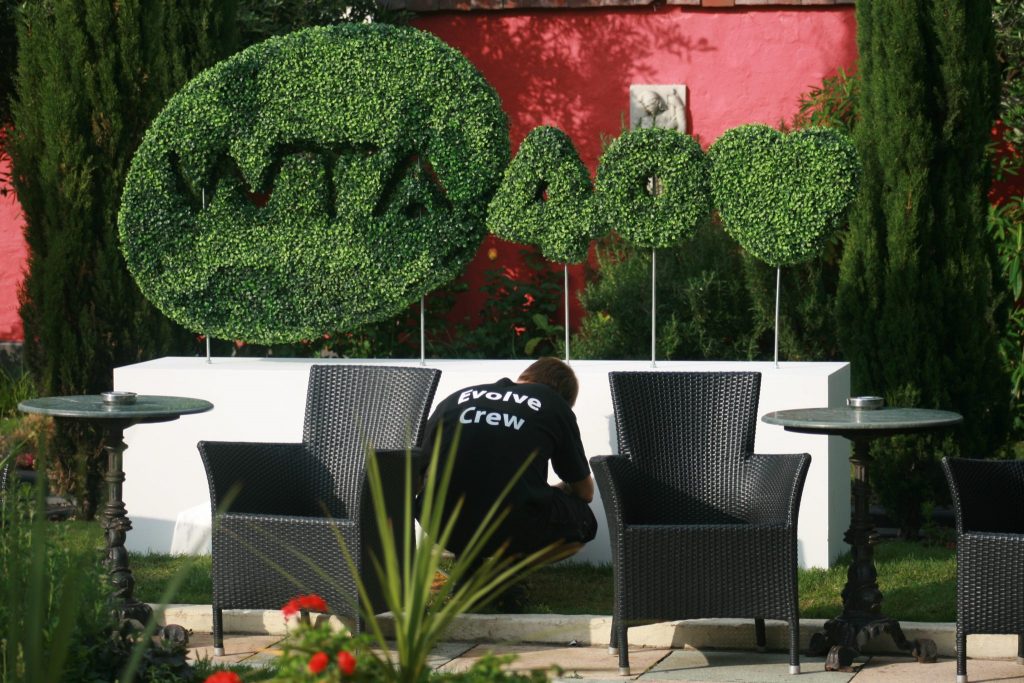 WTA 40 Love Story was a celebration held at none other than the All England Lawn Tennis and Croquet Club on Sunday afternoon to commemorate the 40th Anniversary of the Women’s Tennis Association (WTA).

The WTA was founded by Billie Jean King in 1973 to campaign for right and pay for female players equal to that of their male counterparts.

In the years leading up to its formation, prize money for men’s tennis outstripped the women’s game by as high as a ratio of 12:1 – the WTA broke down those barriers to enable more prize and sponsorship money for women throughout the sport.

This culminated in Wimbledon and the French Open allocating equal prize money for men and women from 2007 onwards.

Past and present Ladies Wimbledon Champions attended the party to mark the occasion. Instead of the usual red, we installed pink (the colour of the campaign) carpeting, along with step and repeat boards, staging, lighting and branding for the leading ladies of Tennis to meet the press. We even branded the topiary!

The event attracted the world’s sporting media and was attended by champions including Billie Jean King, our very own Virginia Wade, Chris Evert, Serena Williams to name a few.

In fact it was the first occasions that so many champions were assembled together under one roof.

Our stage backdrop was difficult to install as we had to wait for marquee dimensions to be confirmed on day before the event so we worked closely with the marquee company right up to the last minute to to fully understand the available dimensions and the potential hazards. The clock was ticking as we installed 4 runs of step and repeats outside the sun in an enormous high of 90 degrees Fahrenheit.

It was a huge privilege to be invited to work on such an iconic event with so many of tennis’s world elite on show and to receive lovely comments from WTA ““From the venue to the decor to the weather and the refreshments, the 40 LOVE Party at Fairway Village was a 40 out of 40” .

You can watch a video about the 40 Love Story with all the tennis stars here: