Image of the month party at The Gherkin 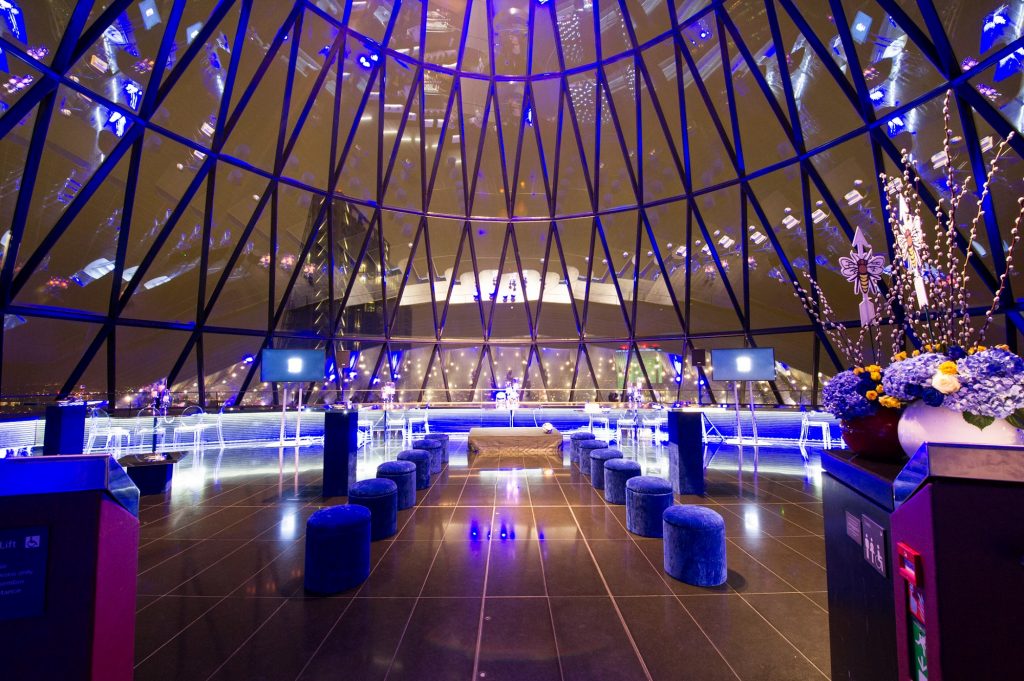 Standing 180m tall at 30 St Mary Axe is the towering London venue is known as The Gherkin. With its striking architecture, designed by the world-renowned Lord Foster, it is one of the most prestigious and iconic venues.

We were lucky enough to work there on New Year’s Day to create a party celebrating the launch of a professional football club’s new kit.  Even though it was January 1st our suppliers were very supportive and arrived with great enthusiasm. On the way to the Gherkin the roads and pavements were deserted; it was quite eerie.  It was difficult managing the load-in with the event space being on the 40th floor which resulted in multiple lift changes plus a final floor on foot via a spiral staircase.  After gulping plenty of water, some huffing and puffing and the kit was in!

A fashion show was held on the top floor where guests could enjoy views across the city.  The cat walk was centred in the middle of the room leading from the stair case lower ground and up to stage where models would pose before walking back and down the stairs. We had all generations of fans, young and old, modelling the merchandise kit which created a very special atmosphere.

The set design was deliberately simple and understated in order to play on the beauty of the building and not detract from the wonderful view. Branding was introduced subtly through coloured lighting around the venue, especially to the domed ceiling and walls on the 40th floor.  A lovely touch were our flower arrangements from which sprouted jumping bees, pulled from the club’s logo. A bespoke bar façade promoted the clubs badges and emblems.