Could there be a more magical venue than Hogwarts? 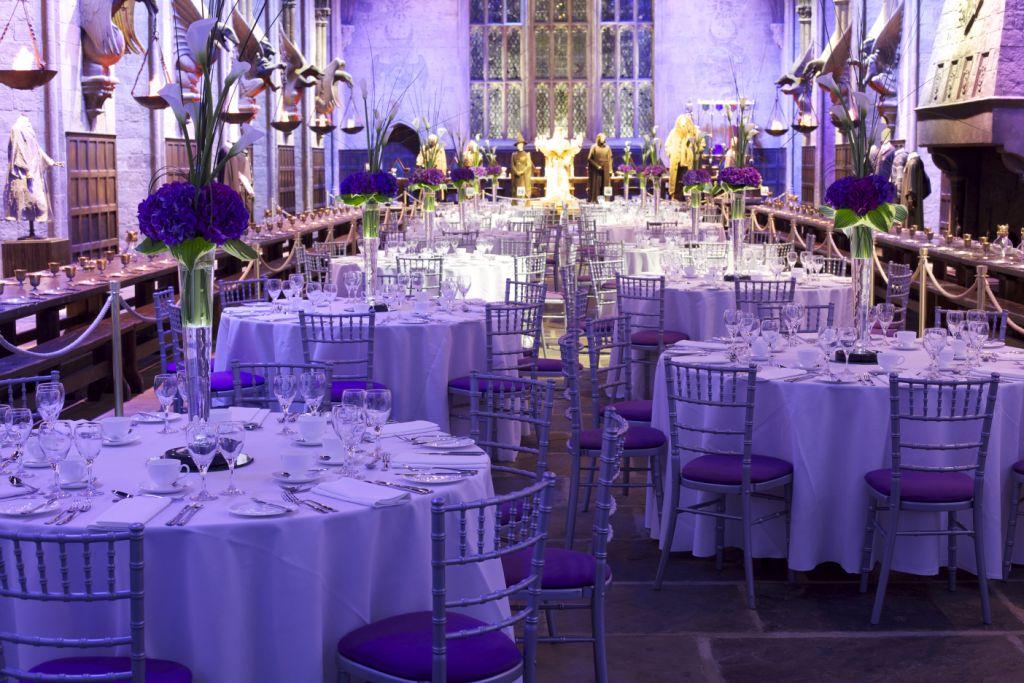 With tickets for Harry Potter and the Cursed Child, at the Palace Theatre in London, selling out immediately and J K Rowling’s new film trilogy, Fantastic Beasts and Where to Find Them, due to be released in November, it’s no surprise that Warner Bros. Studio Tour London – The Making of Harry Potter continues to be one of the most popular exhibitions in the UK.

If your school letter never arrived by owl you can still experience the world of Harry Potter by hiring this incredible attraction for your event. For ten years, the warehouses and film lot at Leavesden, just outside Watford, were the base for the Harry Potter movie series. When filming finished the facilities were expanded and redeveloped into a permanent display, keeping the Hogwarts magic alive. As the original stories were still being published whilst the films were being made all the sets, props and costumes were kept in storage in case they were needed again, providing a unique collection and a fascinating insight in the film making process.

A tour is a fabulous experience but even more special is a chance to experience it without any non-believing muggles getting in the way by hiring it as a private venue. Did you know you can have dinner in the Great Hall? Or that you can fly a broomstick across Hogwarts? How about eating at a table in Dumbledore’s office?

Having grown up with the films we’ve always had a soft spot for Harry, Hermione and Ron so we leapt at the chance for a site visit. Who could resist a chance to walk into some of the most famous film sets: the Great Hall at Hogwarts, down Diagon Alley and onto Platform 9¾ complete with the vast, original steam engine that pulled the Hogwarts Express?!  You’ll find a visit to WB Studios brings out the over-excited child in you; or maybe that’s just the effect of drinking too many glasses of Butter Beer.

We visited the venue on behalf of a client who wanted to hire it for a Christmas party. Remember how fabulous Hogwarts looked at Christmas with snow-capped Christmas trees and flaming puddings? Well from the end of November the Great Hall is dressed for Christmas with original items along with additional styling, bringing the film to life.

“Harry had never in all his life had such a Christmas dinner. A hundred fat, roast turkeys, mountains of roast and boiled potatoes; platters of chipolatas; tureens of buttered peas, silver boats of thick, rich gravy and cranberry sauce – and stacks of wizard crackers every few feet along the table…. Harry pulled a wizard cracker with Fred and it didn’t just bang, it went off with a blast like a cannon and engulfed them all in a cloud of blue smoke, while from the inside exploded a rear admiral’s hat and several live, white mice.”

Different packages are available to choose from, starting with a drinks reception with dancing to our favourite; a three course dinner in the Hogwarts Great Hall. Why not add a little extra magic with a wide variety of extras such as flying on a broomstick over Hogwarts with the green screen experience or learning the wand moves from specially trained staff.

Whilst we were there, we were impressed by the number of event options and spacees available and think it would also be brilliant for Team Building away days, inspiring delegates with the creative world of filmmaking.

If you can’t find platform 9¾ or don’t have any floo powder to hand, don’t panic. The train from Euston to Watford Junction takes just 14 minutes but we’d recommend having your group picked up from central London by a themed bus as the buses have TVs that show a film about the studios and give some background to the movies themselves, enabling your experience to start on the journey.

Here at Evolve Events we work with some of the most prestigious and unusual venues available including venues with inspiring views. We offer a free venue finding service. If you’d like to know more about the Switch House and arrange a viewing or would like our help finding another perfect venue for your event just get in touch with the team.

Next Post
Creating a Shakespeare theme for StudyWorld.
Previous Post
Jazz up your event with 1920s style entertainment.